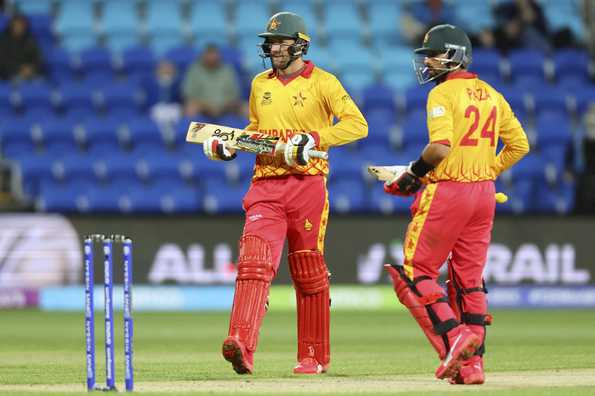 It is 1905. Zimbabwe is known as Rhodesia, and cricket in the country is still in its nascent stages. But, that was the year when a cricket team from Rhodesia travelled over to South Africa for the first time to play Transvaal in the Currie Cup. More than a century later, as Zimbabwe gear themselves to take on South Africa in a T20 World Cup encounter, their rivalry may not have the same kind of expectations associated with a few other celebrated ones. But, there is enough intrigue attached to South Africa-Zimbabwe contests.

As often, Zimbabwe will start as the underdog against their formidable opponent. The Craig Ervine-led side, however, played all their Round 1 games at Hobart, and the think-tank would have a fair idea of the conditions and also the dimensions of the ground. Zimbabwe also have a carousel of variety in their pace department, which in turn could trouble South Africa's top order.

The very tall Blessing Muzarabani extracts bounce, alongside bowling at waspish pace. The experienced Tendai Chatara might have lost a yard of pace but in the Round 1 games, he did generate a fair amount of swing. Meanwhile, Richard Ngarava provides them with the left-arm option. Among the spin options, the reliable Sikandar Raza has chipped in with five wickets so far.

Zimbabwe's batting unit, though, could derail their engine. Raza was the fulcrum of the batting line-up in the first round (136 runs, strike rate: 172.15) but he had to do some heavy-lifting. Ervine is the only other Zimbabwe batter to compile more than 50 runs in the tournament so far. In their previous game versus Scotland, Raza and Ervine got their eye in but gifted their wickets away, with Zimbabwe in touching distance of crossing the target. So, better decision-making at crucial moments could help Zimbabwe.

If Zimbabwe have the variety in their pace department, then South Africa have a battery of tall pacemen - Kagiso Rabada, Anrich Nortje, Marco Jansen and Lungi Ngidi. Nortje - the battering ram of the bowling unit - was expensive in the T20Is in India; finishing with an economy rate of over 12 and an average of 73 but the Australian conditions could suit his hit the deck skills. With Keshav Maharaj and Tabraiz Shamsi as spinners, South Africa have a lot of the bases covered in their bowling.

South Africa also have enviable batting strength, with enough options for the top and middle order slots. The middle order comprising Aiden Markram (also a top order option), Rilee Rossouw, Tristan Stubbs, David Miller and co. give further evidence about South Africa's strength in depth. If anything, the skipper, Temba Bavuma has come under scrutiny, having notched up only 64 runs in 7 T20I innings this year.