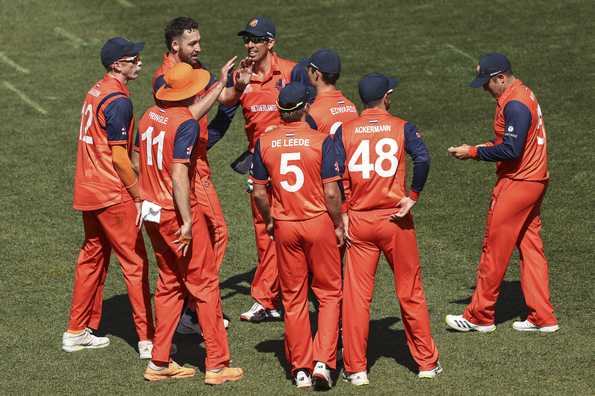 Labelling Netherlands favourites against Bangladesh might cause a flutter on a normal day but given the context, there should be no eyebrows raised if the Dutch do manage to topple the Asian side. Bangladesh's T20 fortunes have continued to dwindle with each passing series and the fact that they managed to secure direct passage into this round was largely down to the poor performances of Sri Lanka and West Indies. For Bangladesh to even pose a threat against the big boys in the Super 12, they will have to turn their form around in super quick time. On paper, a clash against Netherlands might look like an ideal opportunity to get going but the Dutch might view this game with a similar goal.

Netherlands do have momentum on their side after fetching two wins in the previous round. They may still have issues with their batting lineup but their bowlers have delivered so far and will fancy their chances against a jittery Bangladesh lineup. The Asian side have continued to tamper with their XI and might settle in for a new opening combination now in their first game. Another startling fact heading into this contest is that Bangladesh have never played a single T20I on these shores until now.

Not that the Dutch have a lot of experience in these conditions but they will be going into this contest with three games under their belt already in the competition. Max O'Dowd has gotten some runs so far in the tournament and his opening partner Vikramjit Singh has looked solid as well. If Tom Cooper can use all his experience of playing in Australia and deliver, the Dutch can rattle an already unsettled Bangladesh unit. However, there is a huge chance that rain may have the final say in this contest.

What to expect:Barring a couple of games, the venue has so far produced moderate scores in this tournament. The practice sessions have been hampered due to the weather and there is more rain forecast on match day. In case of a shortened game, Bangladesh will fancy their chances due to the presence of a few big-hitters.

Tactics & Matchups:The two Dutch openers have scored some runs but that middle order has largely struggled. Bangladesh would want their new ball bowlers to make early inroads to put that middle order under pressure. Bas de Leede has been Netherlands' Player of the Match in their two wins so far. Keeping him at bay will be vital as well for the Asian side.

Injured/Unavailable:Roelof van der Merwe struggled big time against Sri Lanka and the management might not risk him for this encounter.

Tactics & Matchups: Netherlands do have a favourable matchup against the Bangladesh top order. Their seamers have been very good so far and they haven't allowed their three opponents so far to get away in the powerplay.

- Bangladesh have had 15 different opening pairs in 27 T20Is since the start of the 2021 T20 WC and despite the changes none of their opening stands have gone past 40.

"You guys suggested it will be an upset (if Netherlands win), but we don't see it that way. We are here to compete. We have got close against these guys in the past. I don't see no reason that we can't knock them off tomorrow." - Tom Cooper is confident of Netherlands' chances

"We prepare the same way for every team and that should be the way. It will be the same for the Netherlands, Ireland, Pakistan, India, Zimbabwe and South Africa and there will be no change in our preparation and mindset." - Bangladesh skipper Shakib Al Hasan is not taking Netherlands lightly